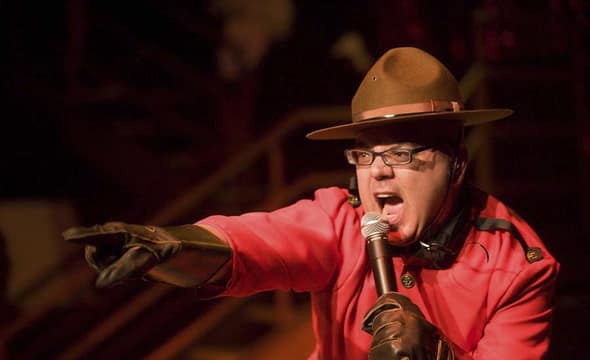 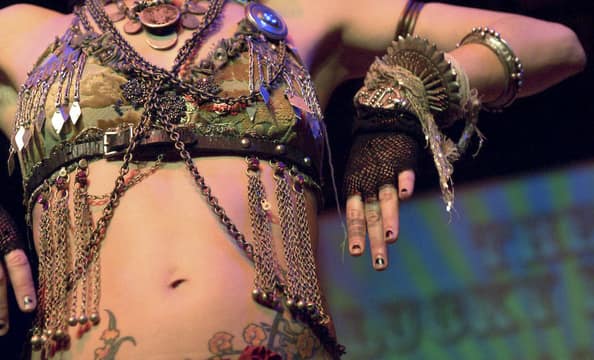 Photos are up of our first event of the year, Baxtalo Drom, and also the Hubba Hubba Revue salute to the Canuckistani people.

Also, it turns out that a contingent from the Canadian Consulate was in the audience that night. How awesome is that?

Baxtalo Drom will most likely be returning in March, by the way.

So, one late night last week I took a taxi to the club, and as we pulled up to the builing, the driver (who had no idea who I am or that I work here) asked me, "Why don't these people have a fucking sign?"

"I dunno, man. They probably should, huh?" I replied.

And this reminds me that somehow I have never written about the tragic in-joke that our lack of a sign on the building has become! It's been going on long enough that even most of the people I know who don't work here will caution newcomers away from every bringing up The Fucking Sign.

It's not even that good a story. Basically, we've gone through seven years of a repeating cycle that goes like this. Someone asks, "Why don't you have a sign?" We reply, "Because everyone who has taken on the task of making it happen has failed." The new person asks, "Is there some reason this is more complicated than it seems?" "Not really." Then they say, "Well that's ridiculous! I volunteer! I will make this happen!" And then, nothing happens. And we laugh at them.

We even have a CAD drawing of the sign we want. Basically all we need is two things: someone with the ability to take this CAD file and cut it out of a 12'x4' piece of steel (with a laser or water-cutter or something); and the few thousand dollars to pay for it. There have been times when we had the money, but nobody to do the work; and there have been times when we had someone who claimed to have access to the equipment, but who would then drop off the face of the earth before we could gather the funds.

Over the years, I've personally contacted a number of companies who specialize in this kind of work. They say "Sure, that sounds easy!" and then they simply won't give me a quote.

Now, if you're like every other person I've ever met, you are even now feeling an itch that will soon cause you to say something beginning with the words, "Well you know what you ought to do is..."

The sign project is cursed. That's the only explanation.

And that is why we no longer discuss the sign.