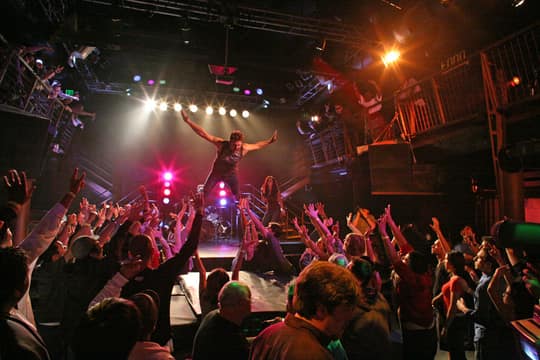 Hey, we're in a video game!

Back in April 2007, Sony rented the club for a film shoot for the SingStar Amped video game. At the time, I was under the impression that they were shooting a commercial for the game, but it turns out, they were shooting the intro to the game itself! When you put the disc in and boot it up, the first thing you see is DNA Lounge. Also, that's David in his video game debut as the doorman in the crane shot of the people entering the club.

They did a really good job: there were only like 30 people there, but they made the club look packed.

I guess the game came out late last year, but I only just found out that we're actually in it. Neat!