Yes, it's the weekend, that means it's time for jwz mixtape 004. And also mixtape 003, which came out last week but which I didn't explicitly mention here because I figured you'd have detected the pattern by now. By the way, if you are so moved, get yourself a LiveJournal account so you can fill out my "how's my driving" poll in re: the mixtapes thus far. 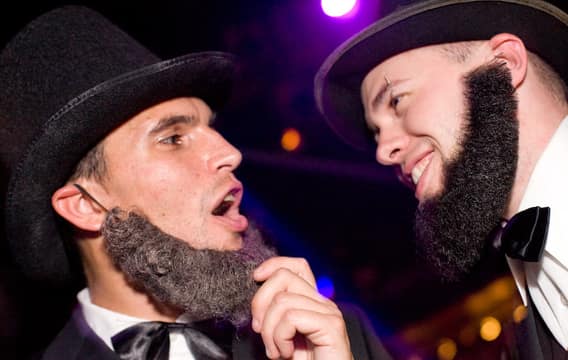 Also: Almost a year ago, I totally re-vamped how our kiosks function. I've finally gotten around to updating the web page explaining it. I figure at least four of you will care.

Also: srsly, do any of you know where I can find some cheap-yet-adequate replacement trackballs for the kiosks? I've asked this before, but the situation is becoming more desperate. By "cheap" I mean "around $30." By "adequate" I mean "a drunk monkey can't remove the ball from the top without using tools." (And no, I'm not interested in un-cased arcade-cabinet trackballs, because I don't want to have to do a bunch of fabrication to install them, and also, they're not cheap.)