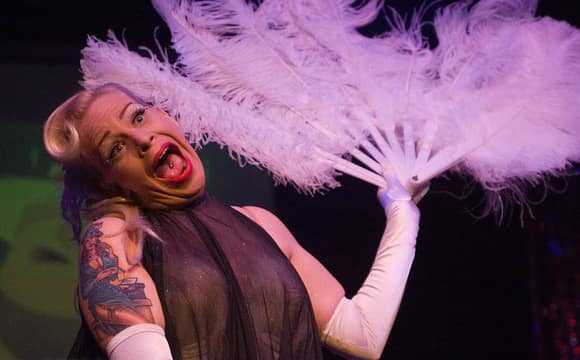 Photos are up of our first event of the new year, Hubba Hubba Revue II:Lee Presson and the Nails. It was, what's the word? Zany.

Oh, hey, check this out: acrofish posted some photos of New Model Army performing at DNA Lounge 14 years ago, in 1993!

Some kiosk changes are afoot: we moved things around a bit so that there are two kiosks downstairs by the front door. I've wanted to do that for a long time, since there are many nights when only the downstairs is open, and there was only the one terminal in that room. We took that double enclosure from the balcony by the kitchen, so right now the other two kiosks are by coat check, and in the lounge.

We used to have six kiosks, but now we only have four, because two of the LCD monitors have finally died...