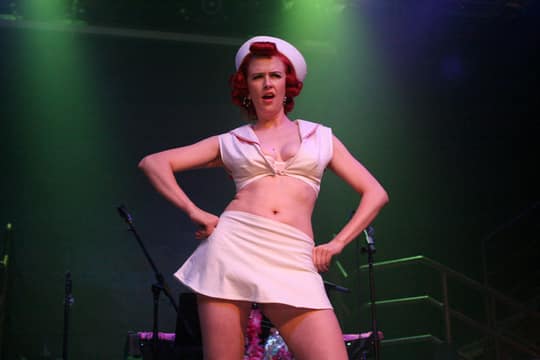 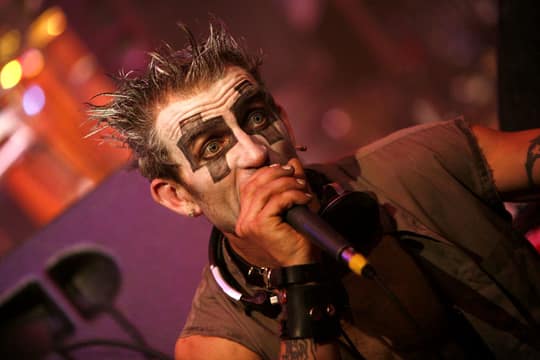 Photos are up of the Bawdy Island Burlesque Hullabaloo and of this month's Bohemian Carnival: fine evenings both! Luxxury were really good, you should buy their CD.

We have a new toy: John acquired an old LED sign that had apparently started its life as a stock ticker in a brokerage somewhere. (A Translux Datawall, to be precise, though he refers to it as The Snark-o-Tron.) It took him quite a while to figure out how to talk to it, but he did, and now you can too. The sign is hanging from the front of the DJ booth, and is currently scrolling our schedule of upcoming events, but you can add your messages to the queue from the sign control web page!

We're probably going to restrict this so that you can only add text if you're in the building (using the DNA kiosks or wireless network) because otherwise I think we'll just be drowning in stupid... 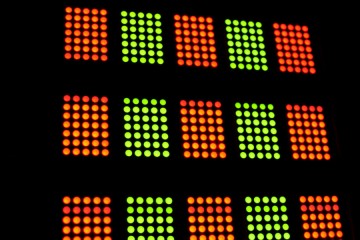 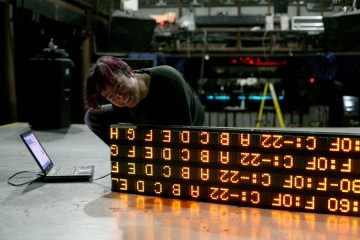 We had a bus sign at Netscape, way back in the caveman days, that random people could write to, and there was a webcam pointed at it. It was one of the earliest webcams, I think; probably one of the first dozen or so. The thing made a godawful racket, since it didn't have LEDs. Instead it had little plastic chits for pixels that turned over every time the message changed. It was fully saturated 24/7: messages were coming in just as fast as it could update itself. So we all immediately knew when our network was down, because the deafening silence of the sign going idle would make heads pop up out of cubicles like whack-a-mole... These days they call that an Ambient Information Display.

(I am pleased to discover that the venerable Fishcam is still around!)