<< Feb
Apr >>
DNA Sequencing
with your host
Jamie Zawinski
Support DNA Lounge!
Your donation helps ensure that we can continue bringing you the kind of awesome, eclectic and weird events that you've come to expect from us! Your donation keeps us independent, and lets us continue to take chances on the kind of local live entertainment that makes San Francisco great. Won't you pitch in?
To support us on a monthly basis, please subscribe to the DNA Lounge Patreon!
12-Mar-2006 (Sun) Wherein photographic evidence is entered into the record. 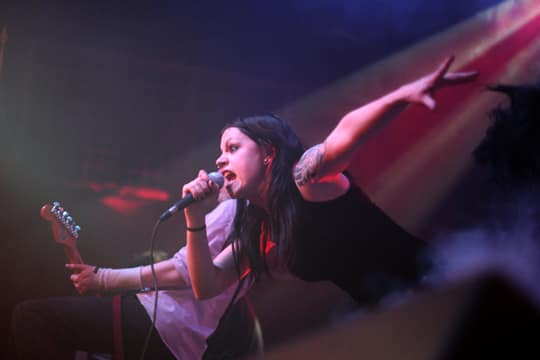 Photos are now up of the Birthday Massacre + The Start + Schoolyard Heroes show. It was another really good show! I enjoyed all three bands a lot. They were all really energetic, too. Schoolyard Heroes are a punk/metal kind of thing; The Start are punk-ish rock; and to we elderly folk, The Birthday Massacre are a goth band, but I suspect the kids today would call them nu-metal or something.

The video for Blue is pretty cool.

2 Comments >>
18-Mar-2006 (Sat) Wherein the camera goes click and a suspicious eye is turned toward the clergy. 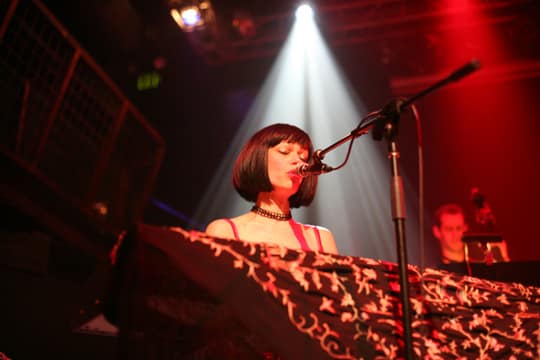 A few photos are up of Allison Lovejoy on Thursday.

That night featured one of the most amusing radio calls I've overheard: "Hey, could you check that guy's bible and make sure there's not a flask in it?" 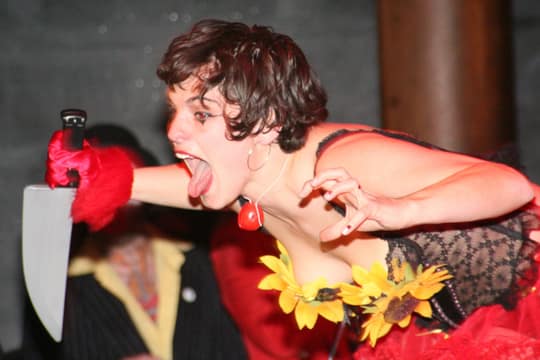 Photos are up of the Burlesque Be'elzapalooza. A swell time was had by all. Pretty good turn-out, too! Along with the Usual Suspects, there was a new "ick" factor this time: a kissing booth where you could get yourself tongued by a clown with a mouth full of whipped cream. That is our role here: to bring you the very stuff of which nightmares are made.

And in national news:

Texas arresting people in bars for being drunk

SAN ANTONIO, Texas (Reuters) - Texas has begun sending undercover agents into bars to arrest drinkers for being drunk, a spokeswoman for the Texas Alcoholic Beverage Commission said on Wednesday.

The first sting operation was conducted recently in a Dallas suburb where agents infiltrated 36 bars and arrested 30 people for public intoxication, said the commission's Carolyn Beck.

Being in a bar does not exempt one from the state laws against public drunkenness, Beck said.