This April is the 100th anniversary of the 1906 San Francisco earthquake, and the Bancroft Library has a new online exhibit about it, including a bunch of photos I hadn't seen before. In the vicinity of DNA Lounge, there are three pictures of the Jackson Brewery (the building at the corner of 11th and Folsom that now contains The Public and some condos): 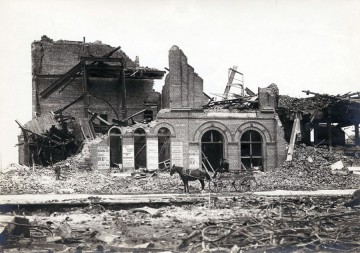 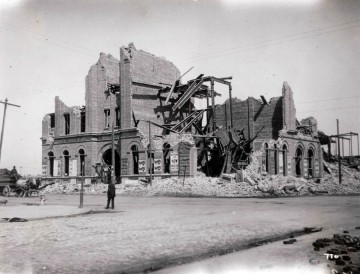 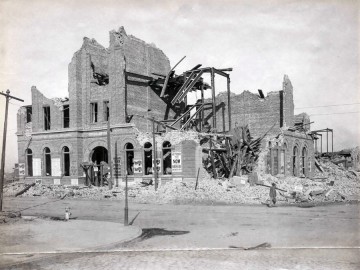 There isn't a picture that shows the spot that DNA now occupies, but there is one that roughly shows what you would have seen looking out out door and to the left: this is 11th and Harrison, looking toward the southwest (where the taxi lot is). It doesn't look all that different! 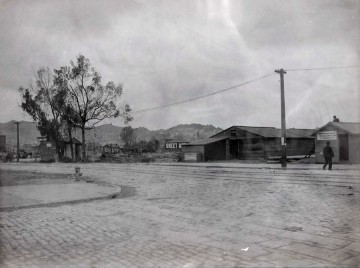 Also, here's 4th and Bryant looking south: I think the building on the right is between Bryant and Brannan; I think it's a bit south of the location of Glas Kat / Trocadero. It looks like it might actually be the building that the Six Apart / LiveJournal offices are in. 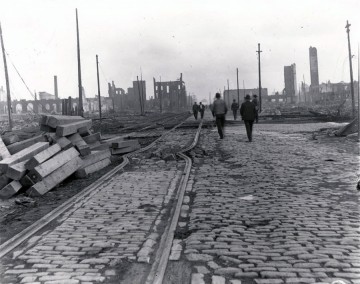 I've taken this opportunity to fix the recently-broken links on my Ancient History page (if you haven't seen that one before, check it out: it describes the goings-on in the DNA Lounge building over roughly the last century and a half.)