Incredibly Strange Wrestling photos are up. This time, Angela had photo CDs made at PhotoWorks instead. The downside is that it takes a week to get them back, but all the scans came out really well this time. Of course, the event was more brightly lit than most live shows are, so Wolf probably would have done a passable job anyway; I guess we'll see how it goes. (They also put all the rolls of film on one CD, instead of one CD per roll, which was a lot more convenient.) 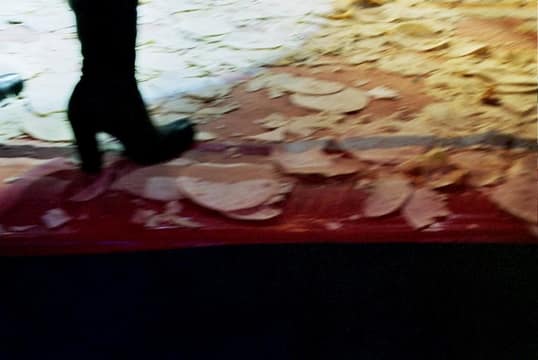 Anyway, it was an amazing show. If you haven't heard of ISW before, they have a few punk bands, alternating with Lucha Libre-style wrestling. They set up a full sized wrestling ring in the middle of the dance floor, right in front of the stage. It's absolutely hilarious! A long-standing custom is that the audience members bring tortillas with them, and spend the whole evening pelting the wrestlers, performers, and each other with them. It is, as you can imagine, a mess. We swaddled everything we could with clear plastic, and even took down some of the lights. The club had a very interesting scent for the next few days. But it was so worth it.

Notable incidents that either were not immortalized in the photo archive, or might be overlooked:

A good time was had by all.

We've been having some weird webcast trouble lately; the audio is screwing up in a confusing way. Every now and then, the volume will way, way down (to like 10% of normal) then ramp back up to normal over the course of about four seconds. Then it'll do it again a while later: maybe 30 seconds later, maybe ten minutes later.

The audio signal for the webcast comes from (basically) a line split off just before the amps, then goes into a compressor, then into the computer. I've watched it while it was happening, and the signal that is coming out of the compressor has this drop-out artifact in it; however, the lights on the compressor don't change when it happens. I haven't listened to the signal going in to the compressor, so I don't know if it's happening upstream of it, or if the compressor is failing in this weird way. Of course, it's not reproducible on demand: the only way I was able to catch it in the act was to sit here in the office and listen to the webcast for six hours on friday until it started happening. It happened last friday and saturday, then did not happen on thursday, then did happen on friday, and is happening again tonight. I was wondering whether it was a heat-related problem, but it was actually uncharacteristically cool in the office on friday night, so I don't think that's it.

I tried listening to the pre-compressor audio for a while tonight, and I didn't hear it happen, but that's not very conclusive. Plus, I only listened for around ten minutes, because I don't have enough of the necessary adapters, so I had to actually take the webcast offline while I was listening to that part of the path. Blah.