Jonathan and I worked out what was going on with the lounge webcast; it turns out that the cables that I needed to be using were the nearly-invisible coiled-up ones that didn't have connectors soldered on to them yet. Oops. So, we put ends on, re-patched and neatened the inside of the lounge coffin, and now webcasting from the lounge should work fine, the next time we need to do it.

On sunday, we tried to clean up the webcam images, and make them be less grainy. We went around to each camera and set it to what seemed to be the optimal manual exposure level, instead of letting it do auto-exposure. Sadly, after seeing the results from sunday night's event, we went and set them all back on auto. It seems like if they're on auto-exposure, then well-lit images are grainy, and dark images are also grainy. But if they're on manual exposure, then well-lit images look great, but dark images look... completely black. Oh well. Grainy it is, then.

Since we haven't really shown any sign (ha ha) of movement on the "getting a sign for the building" front, David went and bolted our old pre-opening banner to the building (the one that only stayed up for about a day before the winds ripped it down.) It turns out that you can just peel the lettering off of those vinyl banners, so he just ripped off the part that said "opening soon..."

Oh! I forgot to mention (because I keep forgetting to photograph it) that Yaya, one of our lovely and talented staff members, painted a four foot wide DNA logo on each side of his car! His car has been serving as our sign for several weeks now. He correctly predicted that if he did this to his car, he would get a choice parking spot every night, right in front of the club.

And the door guy at Butter, the bar across the street from us, has had the inside right arm of his jacket embroidered with a big arrow, and the word "DNA." That's how often he gets asked where we are... Now he just holds out his arm as confused-looking people approach him.

On wednesday we had our first private party: Eidos rented the place to celebrate the release of a couple of new video games, "Soul Reaver 2" and "Blood Omen 2". It was actually a really fun party! The music in the main room was good, and the crowd was surprisingly non-corporate: I think most of them had actually been in a nightclub before (notably not the case with most corporate parties I've been to.) It took them a long time to put this together, because the powers-that-be at the company really just wanted to hire a disco band or something, like they always had in the past.

Apparently, up until half an hour before doors, there was still some battle going on between the organizers and their bosses over whether the dance music djs should be in the lounge instead of the main room (the suits wanted to have the main room be the 80s-top-40-hits-for-frightened-old-people room, instead of the lounge.) Fortunately, saner minds prevailed.

Hearing the guys who put this together talk about it reminded me so much of the Mozilla parties I organized back when I worked at Netscape: to pull off the first one, I basically had to say to my bosses, "fine, do what you want, but I'm renting a nightclub and inviting the whole company." After they attended, and saw that it had actually been a good idea, they finally decided to reimburse me, but it was like pulling teeth to get them to go along with it.

Anyway, the Eidos guys had what sounded like a lot of the the same problems, but they also pulled it off! They even had a giant fiberglass mascot, just like we had: 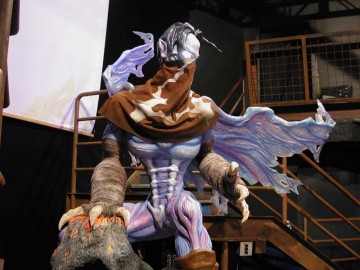 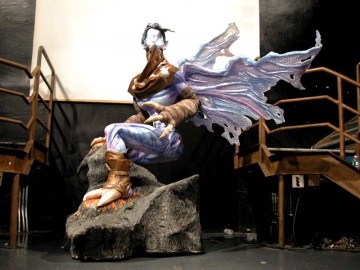 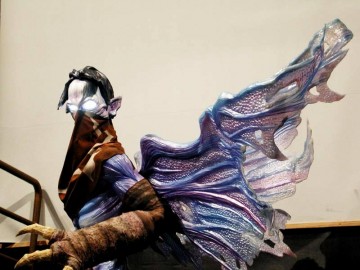 They also had 8 or 10 Playstation 2 kiosks set up on the balcony with the new games. That was very fun. Those games put the screensavers on our kiosks to shame...

It's a sad reflection on the state of the economy that this is the first corporate party we've done. Usually this is how clubs make the bulk of their 4th quarter money. But things are slow all over. See if you can talk your boss into moving your company party to the DNA, ok? We'll probably give you a screaming deal. Give Alexis a call and see what we can work out.

This was a bad weekend for computers; the machine I have in colocation at my ISP, for serving MP3 and so on, finally melted down. It had been kind of flaky for almost a year now, crashing unexpectedly about once every month or two; but this time, it wouldn't boot up on its own, so I had to actually go down to the south bay to retrieve it. (My ISP is probably the only one whose colocation facility has a tiled foot-bath. Apparently it used to be a mosque!) I traded the machine with a more reliable one, but it took me about a day and a half to reconfigure them both. They seem to be happy now.

But, something else seems to have gone wrong at the same time: somehow, it appears that we're no longer getting an audio feed from the main room, so the webcasts are dead! Of course, because of the machine troubles, I assumed this was a software problem. It took me hours before I finally walked down the path far enough to realize that yes, there was no audio coming in at all. So we lost the webcasts for both friday (Wicked) and saturday (Red Square.) Fortunately we've got a few days before we're open again to track this down...

(You're probably thinking this has something to do with the messing around we did with the lounge webcast last weekend, right? I thought that too, but the webcast worked fine on thursday. Something went wrong on friday, and I don't know what.)