We had our last pre-opening party last night! This was an industry party, basically, where we handed out stacks of passes to lots of promoters, bartenders, djs, and other folks in the business. In the main room, we had some of our regular saturday night djs: Jonéné & Solar (Shattered); DJ Melanie and Richard Summerhayes (Orbit); Spesh (Red Square); and Fluid (OM.) In the lounge, we had some of our friday night regulars: Ghreg, Ritter Gluck, and Adam Ohana.

Here's the invitation we used.

This was the first time we had djs going in both rooms at the same time. It worked out really well: from the dance floor in the lounge, you couldn't hear the music from the main room. There was some bleed near the doors, but that's hard to avoid...

The worst thing that happened is some savage stole the tip jar from coat check! Get this: they managed to walk off with it, and then at some point, must have realized "there is no way I'm going to make it through the door with a pickle jar full of cash," so -- they threw it in the trash! Money and all! Maybe they took a handful or two, but most of it was recovered.

The next worst thing would have to be the state of the lounge dance floor: it's peeling like crazy already. Oops. Someone hypothesized that when our contractor put the first coat on, he didn't bother to have it cleaned or sanded first, so the paint didn't bond.

Other than that, everything went pretty close to flawlessly. We still have a minor leak that wasn't completely fixed, we've found some spots that don't have enough light, or that need looking after in other ways; and we had a couple of employees not show up, but that was the worst of it.

Some pictures, pulled off of the webcam: 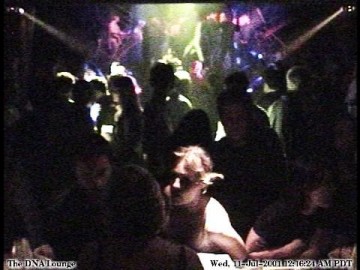 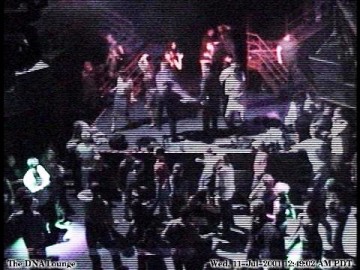 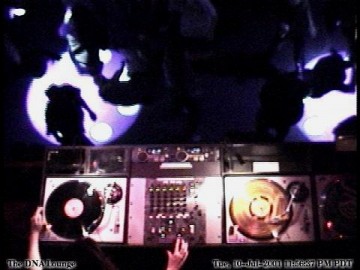 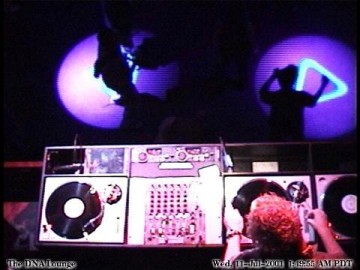