Since so many people have asked, I've written up a description of what you have to go through in order to do a webcast legally. It's a long document, because the laws about such things are a confusing mess. If you notice any factual errors, or things that could be clearer, please let me know. 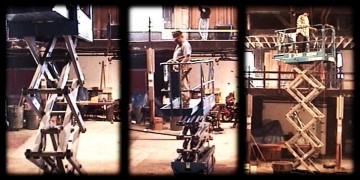 We have a rental scissor-lift: one of those golf-cart-with-an- elevator-on-top dealies. It's great fun to ride up and down.

The bathroom walls are framed out now, and the in-wall plumbing for the fixtures is just about done. There's one group busily stripping all the unused conduit off of the balcony and support beams, and another group following behind them painting it all black. We may end up doing something more intersting with the major wall surfaces, but the beams will be black. Once there's a fresh coat of paint down, the electricians will start running the new conduit, and the plumbers will run the new water lines. Usually conduit and pipes go in before you paint, because most people don't want to see that stuff; but we want to have as much raw steel in here as possible, so we're painting first.

The club used to have a big steel I-beam running the length of the building, right down the middle: apparently this was a track for a rolling crane, back in the days when there was some kind of metal shop in here. (The crane itself is long gone.) We cut down that beam, and the place looks so much bigger now! Opening up that space really makes the ceiling look a lot farther away. 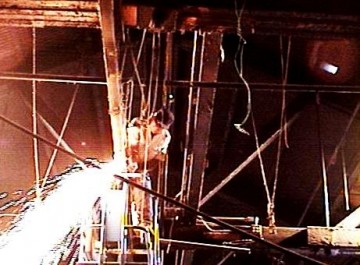 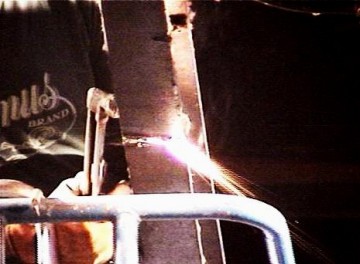 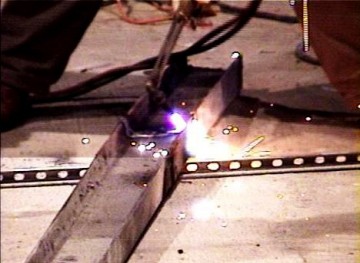 The front of the building has scaffolding now, and is swaddled in cheesecloth. This is in anticipation of the windows being filled in with concrete. For the downstairs front wall, we can do all the work on the inside, spraying a new layer of concrete onto the existing wall frame; but to seal up the windows on the second floor, outside forms are required. 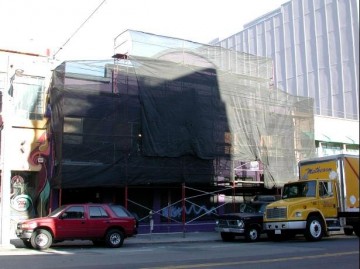 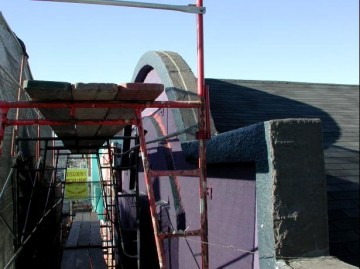 The metal guy has started fabricating the beams that will be used to reinforce the balcony and support the new dj platform; I'm told that metal should start showing up in the club late this week. There should be lots of sparky lightshows when they start working on that.